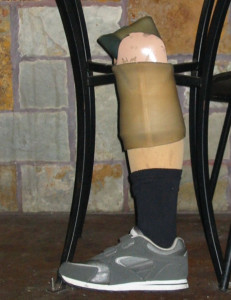 If you have lost an arm or leg due to unavoidable circumstances, artificial limbs can be used to replace the augment the missing extremities.
The device, a prosthetic is used to replace the missing leg so that the amputee can perform daily actions like walking, eating and dressing. A few types of artificial limbs can restore functionality to almost the way it was before.

What are Artificial Limbs El Paso, TX?
Prosthetic /artificial limbs are devices manufactured to emulate to some extent, the functions of natural legs and arms. Artificial limbs are generally used to replace a lost limb like in some of the conditions mentioned above. This makes it possible for such a person to lead a quality and productive life.

Artificial limbs may be simple gadgets that are functionally efficient, or improved limbs that are constructed to have the look and workings that are alike to that of natural limbs.
Unlike in the past, artificial limbs are nowadays more advanced given that some use power sources and sensors which enable communication between the device and the individual to take place.
Some artificial limbs have hydraulics mechanisms which enable them to bend. For instance, a leg can be capable of bending with the help of an artificial knee joint plus the balance on the prosthetic foot that imitates the actions of a natural foot.